After Rebirth, I Was Entangled with the Tyrant 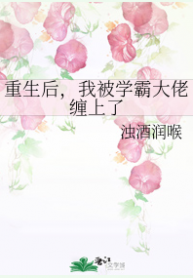 In his previous life, Chi Fang was taken care of by his family and grew up. When the Chi family fell and his parents and brothers were not there, Chi Fang propped up the Chi family alone. Relying on several projects of Yuchi Group, Chi Fang barely kept the Chi family. However, he did not hold on. After rebirth, Chi Fang returned to high school. This time, he decided to study hard, protect his family, and reach the pinnacle of life. However, he never expected that the future owner of Yuchi Group would be his high school classmate? But– isn’t this big guy too cold? No one at the same table, no friends, alone, but it is an unpredictable school bully!
Chi Fang looked at the back of the boss, thinking of the previous projects to save himself, carefully probing out a paw and poking at the boss’ arm.
——Now, classmate, are you friends? o (^ 0 ^) o
Yu Mo has been clever since he was a child. He is a little taciturn, doesn’t like being touched, and never fears anything. However, he found himself inexplicably ‘afraid’ of Chi Fang in his class. Obviously, the man was soft and cute like a little white rabbit, but he cared inexplicably.
Later, he found that the bunny seemed black.
Later, he found that his feelings for the little black rabbit were not right.
Until one day, Yu Mo suddenly realized, seriously: Chi Fang, I like you.
A two-way crush.
It happened that I turned around, and you were always behind me.
So, two people holding hands, happily going to college and breaking the bad story ~

The Villain is Addicted to Farming

I Summoned the Hero, to the Present Age

What To Do If The System Forces You To Exercise