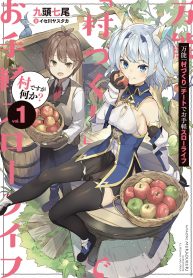 In these troubling times, Luke, the son and heir of the lord of the land, turned twelve and received a Gift. Unfortunately, it was a Gift useless in combat called [Village Building]. To make matters worse, his step-brother was the one blessed to inherit their father’s [Master Swordsmanship]. And so, their positions were completely reversed.
Luke was then banished to an inhabited wasteland. There, his mysterious Gift activated and instantly made a village. He thus prepared himself to live modestly in this tiny village of his. Or so he thought. As the population of his village grew and grew, his Gift got stronger and stronger until it evolved.
Before he knew it, his [village] had tall buildings everywhere and had the strongest army. His village became the best there was…!
“Wait, can this still be called a village? And what happened to the slow life I’m supposed to have…?”

Lovely Wife for the Taking