Becoming a Movie Queen after Transmigrating as the Villain’s Cat 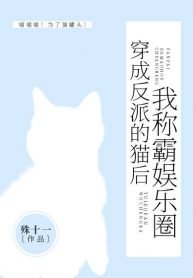 The Villainess’ Cat is The Movie QueenVCMQ穿成反派的猫后我称霸娱乐圈

Coincidentally, Lin Sifei transmigrated to become the cat of a villain from a novel that she read.
Oh, but the villain was quite tragic. Her parents had both died when she was young, and she suffered quite a bit of humiliation. Even though she was quite lonely, her cat also ignored her. And because she was the villain and thus offended the novel’s original heroine, she was bankrupted by one of the many boyfriends of the aforementioned heroine.
Ah, she was very pitiful! Lin Sifei, after wiping away her tears of pity for the villain, decided to give her comfort and warmth, and vowed to get rid of that white lotus green tea heroine for her.
When the heroine worked in the company, Lin Sifei immediately used her ultimate cat spying powers to find her issues and got her fired.
When the heroine became a model, Lin Sifei immediately acted cute and used her power as a cute cat to get onto magazine covers instead of her.
And when the heroine attempted to start a career in the showbiz, Lin Sifei went “pow”, turned back into a human, and immediately showed everyone the charms of a true movie queen.
__
Luo Ke had been having dreams lately, dreaming that she was wandering on the streets alone, dying alone in the pouring rain.
When she woke up from those dreams, though, the ball of fur that was her cat near her shoulder would somehow give her warmth.
And she slowly realized that this cat she got seemed to really like her and stick to her… and her cat seemed to understand human language.
When her cat, suddenly, one day, became a person…
Luo Ke: To be honest, I’m not all that surprised.

The Lunatic Obsessed With Me