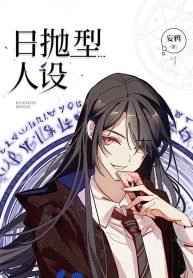 As Zong Yan sat in the classroom, he always felt like the odd man out. His body was there but his soul had sneaked out the window. He wanted to do anything, wanted to be anyone, as long as he wasn’t himself.
He had a cool and unbelievable superpower:
He could extract different persona cards from the void with his bare hands. With a high enough “SAN” value, Zong Yan could become an entirely different being. Superpowers, ancient gods, eldritch powers, even… an Outer God.
Soaring above the dome of the magical city, he was the free-flying son of the wind.
Strolling through the rain-soaked, foggy streets of London, he was the secretive and unpredictable night watchman.
Walking in the extravagance and glamour of New York, he was the sun god who held the light in his hands.
Diving into the geometric city of R’lyeh, he was the indescribable king.
In the gorgeous and colorful world of dreams, he was the original belief in the universe.
Early to bed, early to rise, going to school on time, working late to save the world. A senior at Qingyang High School by day, honors scholar at Miskatonic University by night. Investigating unusual events all over the world during summer and winter vacation, battling wits and courage with evil gods, dedicated to preserving peace and saving a faltering world.
Zong Yan: Thanks, but I’m just an ordinary high school kid.

After Being Picked up by the Top Alpha

My Love, Enlighten Me

Shrank to a 3-Years-Old Child