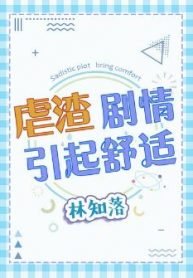 Xie Ran nickname – humanoid AI
Feature 1: more sensible than the AI.
Feature 2: more ruthless than AI.
Later, when he went to the parallel world, the people with the same name as him had a great life, but because of their feelings, they were deceived and hurt by the people they loved, and ended up miserable.
Xie Ran who was attracted by their obsession: Feeling?
After a period of time,
Subordinate: Boss, you have not contacted Xie Ran for a long time.
Scum male: Has he learned what he did wrong?
Subordinate: No, he is now much richer than you.
Scum male: ? ? ?
Subordinate: Oh by the way, he is about to ruin your company.
In the outside world it’s rumored that current Xie Ran was born from love turned into hate. Xie Ran: Hate? What is that?
Xie Ran AI system: Sorry, this touches on Mr. Xie’s knowledge blind spot, but it’s okay, I’ll teach you.
Passers-by (pupil shaking): …. Xie Ran learns human emotion from AI?!!!

The Annals of the Flame Kingdom (LN)