I Became Hugely Popular After Becoming a Cannon Fodder Star 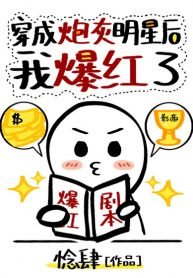 The original owner of the body had a face that went against the gods and could clearly rely on this face to dominate the entertainment industry. However, he believed in the instigation of his brainless agent and took part in a special ‘drinking party.’ He ended up disfigured and ruined.
He was an 18th tier cannon fodder who only appeared in three chapters. He simply had the word ‘miserable’ engraved on his forehead.
The movie emperor Ji Li transmigrated into this book and ripped up the terrible character design on the spot. He examined his appearance in the mirror—
There was no rhyme or reason to it. Why do dishonest things? With this face, wasn’t it good to start a career on his own?
It was fragrant.
***
Ji Li just wanted to take the career line. He used his sinister insight to pick up unexpected work—
He wanted to be the third male lead in a movie and was ridiculed by his fans.
He wanted to pick up the advertisement of a small perfume brand and was stabbed by a rival for having no future prospects.
He wanted to accept a poor travel variety show and his agent team frantically tried to stop him.
As a result, Ji Li became hugely popular in three years! A big explosion! A top traffic!
Everyone: ??? My face hurts. [Lighting a cigarette through the vicissitudes of life.JPG]
Ji Li: Thank you for the invitations. I am just an average worker in the entertainment industry [Puts out the cigarette butt.JPG]

Female Phoenix of the Dark Apocalypse

I Just Acted for My Future with Him.