I Managed to Ditch My Single Status in a Survival Game 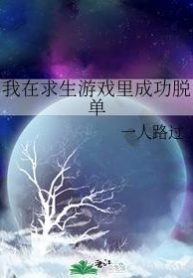 Du Yixin, on the shelf since birth, twenty years now and counting, dreams of one day finding a cute girlfriend. Unfortunately for him, before he finds one, he is transported into an unfamiliar, abandoned high school.
It’s late; dark. There doesn’t seem to be anybody around, but an announcement comes——
[School is now over. Students, please do not loiter and immediately leave. The teacher on duty, begin your rounds immediately]
What he did not expect, however, was that the scariest thing was not the game’s boss, but the man who chopped the boss up and then turned against the players.
Du Yixin “And yet, he still submitted to my amazing character, and decided to become my lackey.”
Ying Sheng, narrowing his eyes, “Lackey?”
Du Yixin “… Boyfriend.”
Ying Sheng “Hmph.”
Du Yixin “Darling~”
Ying Sheng, blushing “shut up!”

The System Sent Me an Object [End of the World]

Tales of Demons and Gods