Picking Up the Exiled Prince 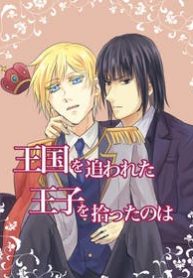 Picking Up the Exiled Prince Average 5 / 5 out of 1

Prince Alan was forced to go into hiding within his own country. While escaping from his castle, he was rescued by a mysterious man. Despite this man occasionally leading Alan by the nose, he strangely reminds Alan of someone from his past. But their story has only just begun.
Cool 27 years old X 16 year old prince

Beta is Being Chased by the Tyrant Alpha!

In Search of Love

I Dare You To Run Away Again