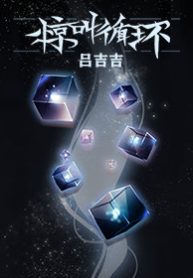 In an era when holographic films were popular, the World Youth Championships recurve bow archery champion, Ji Dong, saw a strange thriller trailer in the cinema.
After the movie was over, the maglev rail he was riding in was involved in a bridge accident.
When Ji Dong opened his eyes again, he found himself in the thriller world of the movie trailer he had just seen. What’s more, he has to do everything he can to survive before the playback bar reaches 100% progress.
Fortunately, he has a strong heart, and even though he is only a novice village player, he dares to participate at the top level.
Traveling around this strange world, even if you can’t win, you can at least bluff. No matter what you encounter, you are not afraid!
…Just this friend, what’s the matter with you?
As a horror film player, you are so delicate and weak that you vomit blood and faint at every turn, but you are handsome and beautiful, and you are also very charming…
Faced with such “baggage,” Ji Dong, a patient with severe facial paralysis, said—— I! Throw! Do not! Under! Hand! What!
This is actually a story of [returning amnesia, the essence of the unknown. A full-level master at attack Ren Jianmo × A fast-growing rookie pretending to be a master Ji Dong.]
(Yes, you read that right, frail and beautiful men are the ones who attack =_=)

The Princess is Evil

Is the Villain Not Allowed to Fall in Love?

Isekai Yururi Kikou ~Raising Children While Being an Adventurer~