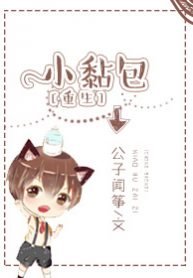 Luo Yang has an elder brother and a younger one who spoils him. His life is very happy but he always wanted to go out on his own just once. Fortunately, the heavens heard his wish and he was changed into a small fox demon. Unfortunately, he was picked up by his arch nemesis Rong Yu.
This arch nemesis Rong Yu that was once stepped on by Luo Yang, had soared high and became very powerful. Now in his arch nemesis’ hands, it was hard to say how his fate would end!
For the betterment of his own survival, Luo Yang who was shaking with fear, could only hide in Rong Yu’s embrace, obediently letting him pet him, lest he recognises him.
Rong Yu: Have you found that person?
Luo Yang: meow meow meow?
After a while, Luo Yang already thinks of himself as a small, foolishly cute cat. However, Rong Yu already knows that Luo Yang is Jiang country’s last nine tailed fox changed by heaven’s will.

The Rabbit Is Over Here!

My Range is One Million