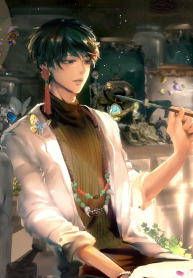 So Fragrant [Quick Transmigration] Average 5 / 5 out of 1

After Chu Xia transmigrated, the villain forcefully grabbed onto his chin. With a gloomy expression and dark eyes, he coldly said, “Since you really enjoy hiring people to ruin others, why don’t you get a taste of your own medicine today.”
Chu Xia glanced at the goons standing behind the villain with eyes filled with a third of ridicule, a third of disgust, and a fourth of disappointment: That’s it? That’s all you got?
Gong before: He isn’t worthy of being compared to XXX. / Stay away from me, don’t touch me. / I’m straight, don’t get any ideas…
Gong after: So fragrant.
A heartless, lungless*, faceless*, and thirsty* shou.
One sentence summary: Act human.*
━━━━━
Translator Notes:
A heartless, lungless -> Idiom for someone cruel and ruthless when dealing with others.
Faceless -> Way to describe someone with no shame.
Thirsty -> Thirsty as in sexually thirsty. *cough
Act human -> Internet slang meaning be a nice person.

eSports Has No Live Stream