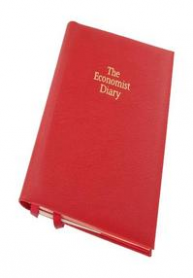 In late 1997, the Asian economy, including Korea, collapsed.
It was the foreign exchange crisis.
People in their home country will be the hardest, but the same is true for people in foreign countries.
The toughest people in foreign countries are probably international students who pay tuition in their home country.
Although the economy has been difficult, the won, dollar or one pound exchange rate has surged in most Asian countries.
As of June 1998, it is better than when it went up, but still much higher than before.
If we can easily say that the won-dollar exchange rate is going up, it means that the value of the won will be lowered.
Father told a part of the novel he liked this time.
There are two opportunities to earn big pennies.
One is when the country is built,
One is when the country is ruined,
The bigger the money, the more time the country is ruined.
It’s what Let Butler said at the ‘disappear with the wind.’
Rett Butler says he earned $ 500,000 at the time of the collapse of the South.

100k Volts Electrocutes You to Death

Legend of the Great Sage