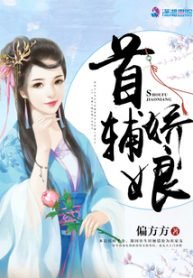 She was originally the young miss of the Marquis Estate, but became a peasant girl due to a mixed-up at birth.
With great difficulty, she grew up into a delicate beauty, but no one wanted to marry her.
Rumors said she was ugly and was born a fool, and that she was a star of disaster that brought about the tragedy of her parents.
However, the husband she picked up midway was the future Grand Secretary.
The little monk she adopted from up the mountain was the future Godly General of the six states.
Even the elderly woman she saved in passing turned out to be the Empress Dowager.
A certain man said viciously, “Wife, who dares to bully you? This husband will end them for you!”
The Godly General said, “Big sister, no matter where you want to go in the territory of the six states, I’ll clear the path for you!”
The Empress Dowager said, “Did the Emperor bully Jiao Jiao? Wait here! Aijia will go dispose of him!”
[A tyrannical beautiful Female Lead who can rely on luck but insists on using strength] & [A Male Lead with broken wings who hides himself deeply]

All For the Sake of Great Harmony

A Warm Wedding and A New Bride of Young Master Lu