The Legend of the Northern Blade 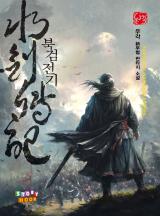 For decades, the brave warriors of the Northern Army fought to keep the world safe from the evil Silent Night. But when the fourth-generation leader, Jin Kwan-Ho is accused of colluding with the enemy, he is forced to disband the sect and commit suicide to protect his son, Jin Mu-Won. With no family and allies left, Mu-Won leads a dreary life under close surveillance… until a surprise attack from the Silent Night gives him a chance to escape to the mountains.
There, the young warrior trains to master the fighting techniques of his predecessors, before the mysterious disappearance of a loved one brings him back to the mainland. Follow Jin Mu-Won as he embarks on a journey to avenge his father’s death and take down the villains who threaten to plunge the world into darkness!

I Reincarnated So I Became A VTuber

I Got Bitten After Transmigrating into a Pseudo-Beta

By A Slight Mistake