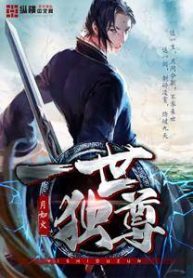 As a lawyer back on earth, Lin Yun had never lost a case. He owed his success to three things: two blessings he received at birth (a photographic memory and the ability to comprehend anything he studies) and an indomitable will he forged himself.

While on a trip in Shandong province, he decided he would pay a visit to Mt. Tai. Just as he was cresting the peak, he felt a sharp pain in his chest and his vision went black.

Upon waking up, he found himself in the world of Profound Amber occupying the body of a sword slave who had shared his name. The last thing he remembered before dying was the image of a sword piercing his chest.

Through the memories his body retained the sword slave’s life, Lin Yun came to understand the brutality of this world. If he sought respect, he would have to earn it through strength. The weak found no compassion here.

Refusing to leave his fate in the hands of others, Lin Yun set out to become a sovereign. No man or beast would stop him from achieving his destiny.

With his sword in hand, he would overcome any obstacle.

The Female Lead is Raised by Bosses