The Villainess Will Leave Without Any Regrets 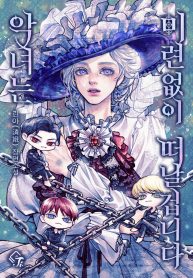 She was a b*tch, villainess, and devil who had her father at her mercy.
After running away from her hometown, a report of her younger brother’s death made her come back.
“Why did you come back here, you evil wench!? Are you after the family inheritance now?”
This isn’t what you should be saying to your daughter, especially after you haven’t seen her in eight years, Mother.
But she had something to protect: the young child her sibling had left behind, her nephew.
Abella, who remained within their mansion, began to dig into her father’s death.
However, many things differed from her memory.
“… Abella, I hate you as much as I like you.”
Her fiancé, who was the same as before, seemed to be hiding something.
“I’m so glad you’re back, Abella.”
A bad friend of hers, who she thought had hated her, said that he missed her.
“You know, I … really like you.”
And a friend who confessed to her.
Everything was different than what she’d expected.
As the secret of her father’s death was revealed, Abella’s soul began to crumble…!
Who can save Abella, who’s prepared to die?

Shirokuma Tensei: You became the Guardian God of the Forest Legend