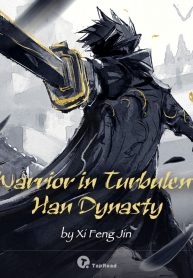 His name is Liu Qiang. Four years ago, he woke up and found out that he had been transported to ancient China. The owner of the body was a soldier who was dumped in a mass grave. An old Taoist saved him. It gradually dawned on him that he was now in the later Han Period, which was among the shortest-lived regimes in the long history of China. Will he change history?